For added security, please type your password to edit your profile.

You have availed 10% discount with your minimum single purchase of five (5) tickets.

Save 10% with your BDO Credit or Debit Card when you buy 5 tickets or more. Offer applies to Lower Box and Upper Box sections and is valid until December 15, Sunday

Enjoy 20% off on Disney On Ice tickets for Lower Box and Upper Box sections this December 7 & 8 only. Don't miss this chance!

No, not this time.

You have availed 10% discount. Enjoy!

Selection of multiple sections are not allowed for this event.

You have reached the allowed number of transaction for this event.

You have reached the allowed number of transaction for this section.

RELEASE AND WAIVER OF LIABILITY

KNOW ALL MEN BY THESE PRESENTS:

I'm in consideration of, and as a condition of the acceptance of this entry for myself, my child, my executors, administrators, heirs, next of kin, hereby waive, release and forever discharge The Coca-Cola Company (TCCC), Coca-Cola Far East Limited (CCFEL), Coca-Cola Beverages Philippines, Inc. (CCBPI), its subsidiaries, affiliates and bottlers, partner agencies, their respective successors, assigns, promoters, agents, servants and those acting under their permission from all actions, suits, claims, and/or demand, criminal, civil or whatever nature arising out of, or in any way connected from the participation in the Coke Studio ("Event").


I'm aware that participating in this event may involve risks of serious injury or even death from various cases including, but not limited to: falls, over-exertion, dehydration, contact with other participants, spectators, and effects of weather. I agree, voluntarily assume all risks associated with it.


I also hereby irrevocably and perpetually permit and authorize without payment or condition The Coca-Cola Company (TCCC), Coca-Cola Far East Limited (CCFEL), Coca-Cola Beverages Philippines, Inc. (CCBPI), its subsidiaries, affiliates and bottlers, partner agencies, their respective successors, assigns and those acting under their permission (collectively, the "licensed parties"), to display in any type of electronic or digital media (including, for example, the Internet and in emails) throughout the world, use, broadcast, publish and copyright for advertising, promotion, publicity, trade, merchandising, packaging, public relations and media purposes and for any other lawful purposes whatsoever, the name, image, picture, video, statements, recordings or interviews, endorsements and any other information about or related to the “Event”, as well as my name and image, biographical information, voice, statements, recordings or interviews and endorsements made by or attributable to me, verbatim or otherwise, photographic portraits, drawings, visual representations, video tapes, motion pictures or other use of my likeness in whole or in part, and any reproductions thereof, in all media now known or hereafter developed worldwide without limitation, in connection with my participation in the Event.


I hereby release and discharge the licensed parties from any liability whatsoever, including without limitation claims for invasion of privacy, defamation of character or any alteration, distortion or illusionary effect, whether intentional or otherwise, in connection with said use. He/She hereby waives any right that he/she may have to inspect or approve the finished product or any material that may be used in connection therewith or the use to which it may be applied.


I represent and warrant that that if a photo/picture of the Event includes an image of any person, s/he has the permission of each person pictured, as well as his/her parent(s) or guardian(s) if 17 years old and below, to allow his/her image to be used by us as described above. S/he is authorized to enter into this Release and that he/she has obtained or do not require the consent of any third party to enter into this Release.


I hereby declare that he/she has read and fully understood this instrument before signing the same, and that he/she has signed the same willingly and voluntarily and with full knowledge of the legal effects of the same.

Don't miss your chance to get a once in a lifetime experience to interact with your favourite ONE Championship athletes with this limited edition hospitality package!

- Access for two (2) guests to Boodle Feast with the Champions* dinner and meet & greet with        select drinks on Wednesday, January 29 at City of Dreams from 6pm to 7:30pm


*Athletes in attendance subject to ONE Championship discretion. 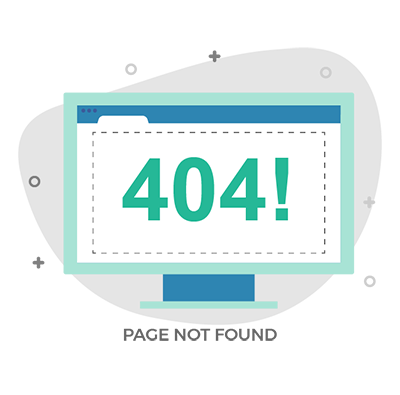 The page you are looking for doesn't exist or has been moved.